Women in Ag: Recruitment and Retention

Women in Ag:  Recruitment and Retention

A closer look at employment and benefits

What is the perception vs. reality of women’s employment numbers in the agricultural industry? More than half of employers responding to the 2016-2017 AgCareers.com Agribusiness HR Review said their proportion of female employees has grown over the past five years.  However, when AgCareers.com surveyed women in agriculture, 70% reported feeling outnumbered by men in agriculture (Gender Roles & Equality in Agribusiness Survey).  Meanwhile, the U.S. Bureau of Labor Statistics noted that women were substantially underrepresented in agriculture (Women in the Labor Force, February 2013).

When we look at building the future talent pipeline to agriculture, it’s important that organizations encourage a diverse talent pool to choose the industry.  Are your organization’s policies and benefits attractive to both men and women?

A Look at Benefits 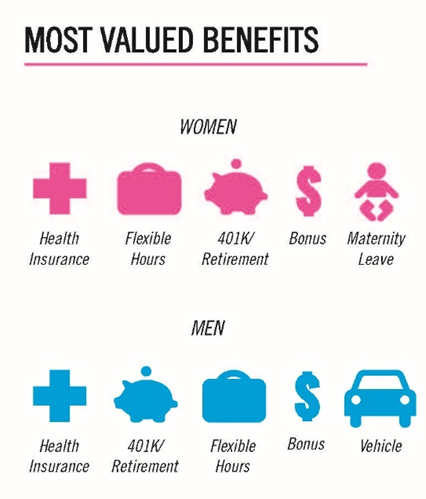 In the Gender Roles survey, AgCareers.com asked employees in agriculture which benefits they valued most.  For women, health insurance was at the top, followed by flexible hours, 401K/retirement, bonus and maternity leave.

When we examined these benefits a little closer by age of the respondent, there was no significant difference between women’s age groups in their desire for flexible working hours, indicating all women regardless of age place this benefit towards the top of their list.  When recruiting new college graduates, organizations may want to take note that young women aged 18-25 held tuition reimbursement and maternity leave in higher regard than other age groups, whereas mobile phones and bonuses were not as important to them.

In the AgCareers.com Gender Roles survey, 35% of all respondents were unsure if their employer provided a maternity/paternity leave policy outside of their government-regulated program.  This indicates that better benefit communication policies might be warranted to educate employees on these parental programs.

Female respondents reported feeling the stressors of being a working parent more than men.  Does your organization provide benefits that can lower these stressors, such as child-care reimbursement, paid time off to care for family members or flexible working hours?

For example, more than 35% of agricultural employers said they have adopted a flexible staffing approach, most commonly flexibility in schedule, a work from home option, or core hours with flexibility outside of those core hours (2016-2017 AgCareers.com Agribusiness HR Review).  Highlight these and other work/life/family balance initiatives during the interview process.  The AgCareers.com Gender Roles survey found that employees with children under the age of 18 were more likely to take notice of these policies and rate them positively.

While creating benefit packages that are attractive to both genders is the first step, communicating these benefits can be an even more crucial element in recruitment and retention.

AgCareers.com is here to offer support. To assist our employers and job seeker community, we have compiled a list of resources regarding COVID-19 and the agriculture industry. You will also find employment resources to help navigate through these difficult times.
USA | CANADA | Temporary Job Listings
Close[X]
Last Updated: 04/01/2020