Is a four-year college degree worth it?

Smit earned his degree through K-State Global Campus in 2008 and immediately began a rapid ascension up the corporate ladder at Hormel Foods Corporation. He started as an entry-level lab technician and worked his way up to his current role, corporate innovation manager.

Before making the decision to return to school, Smit realized he’d gone as far as he could go with his associate’s degree, despite having an obvious talent for product development. In total, he has seen five promotions during his time with Hormel, which spans the last 16 years. Smit said he couldn’t have made it this far without his education from K-State. 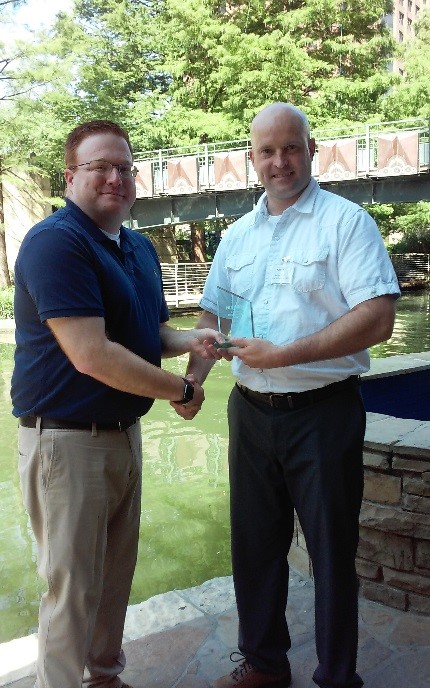 “I tell people, it’s three distinct careers and six different jobs over a 16-year period,” Smit said. “Most of that movement happened after I got my degree. Getting my education really opened a lot of doors for me.”

The value of a good education isn’t always obvious to those on the outside looking in, but Smit’s story is a real-world example of a four-year degree turning an entry-level, hourly job into a thriving career.

Though the hard work eventually paid off for Smit, the decision to return to school and complete his bachelor’s degree was not without obstacles. The closest food science program to his location in Minnesota was nearly 100 miles away, so traditional education was not feasible if he expected to keep working full-time. That left him with only distance education options, and at the time, distance degree programs in food science were rare.

Smit chose K-State and immediately began work on the degree, which utilized video and cassette tapes to deliver lectures to distance students. Fortunately, technology was evolving quickly. By the time he finished the degree, the program had moved to an online format, which was ideal for his rural area in south central Minnesota.

“I knew it would be worth it in the long run,” Smit said of his decision to return to school. “I worked hard in my 20s to make my 30s even better. I was determined to do it to better myself. And now I’m almost 40, and I’m starting to have the kind of life I was dreaming about years ago.”

When he graduated in 2008, Smit opted to travel from Minnesota to Manhattan, Kansas, for commencement, taking the opportunity to tour the campus, meet some of his advisors and professors and enjoy the moment of graduation.

“It was one of the proudest moments of my life,” Smit said. “When you go back to school, sometimes it seems like you're never going to finish, but you just have to visualize your goal. Visualizing walking down that aisle and getting my diploma is what helped me get it done.”

In addition to rising through the company ranks at Hormel, Smit also holds a U.S. patent for one of his products with two others pending. He also was recently honored by the National University Technology Network as the 2017 recipient of its Learner Recognition Award, given annually to a student who has best utilized technology to overcome obstacles and achieve both academically and professionally.