Help! I Don't Know What I Want to Do

Career decisions can be daunting. Whether you’re picking a major, looking for an internship or your first job or moving to a new one, we all know how we choose to spend our working life impacts everything else.

Advice for career decisions and transitions 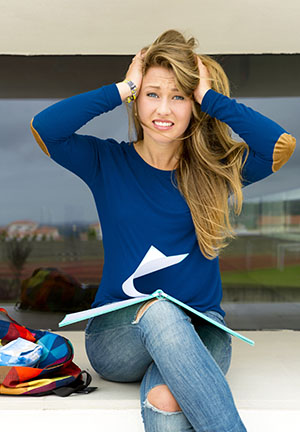 Career decisions can be daunting. Whether you’re picking a major, looking for an internship or your first job or moving to a new one, we all know how we choose to spend our working life impacts everything else.

With all the options available, it’s easy to start feeling overwhelmed. If you have no idea what you want to do or you don’t know how to get where you want to go, you are not alone. The competency of career management – using exploration, feedback and reflection to manage career paths - is something you learn overtime. Developing this skill in young leaders this is integral to our work at Agriculture Future of America.

You’re Not Just What You Do

Perhaps the best news is that while your career will be important, it doesn’t have to define you.

“I think many high-performing students and professionals need to be reminded to breathe and take some pressure off when it comes to their career success,” says Whitney Kinne, who is a career coach and AFA alumna. “Work is important, but our lives exist beyond work, too.”

Listening to career stories, you may have noticed your first career decision definitely won’t be your last. We make many career changes throughout our lives, often starting with major changes.

You Can Change Your Path

Looking at job changes over a lifetime, the U.S. Bureau of Labor Statistics found individuals born between 1957 and 1964 had held 12.3 jobs on average by the time they were 52. In September of 2018, the Bureau of Labor Statistics reported the median tenure of employees with their current employer was 4.2 years. For those who were between the ages of 25 and 34, the median was only 2.8 years.

There are many reasons for major and career changes. We continually learn more about ourselves. The world continues to change. What is most important to us and what we want from our careers change throughout life as well.

Deciding It’s Time for a Change

AFA alum Ben Conner has had multiple career transitions since graduating from the University of Kentucky in 2016. His first semester of his senior year, he accepted a sales role with Dow AgriSciences. He says this role was important in many areas of his development as a young professional, but there was someone back in Kentucky who was important, too.

“When I accepted Dow’s offer, I said send me wherever you please. Within two months of my offer, I started dating my now wife, and so that was not in the decision-making process when I took the job,” he says.

Before long, Ben moved back to Kentucky to work for the Kentucky legislature and then the Kentucky Department of Agriculture before starting his current role as an extension agent in Scott County, Kentucky.

Another AFA alumna, Ellen Zimmerman says she also has found the decisions on her career journey difficult.

“Every time I have made a move, I have been running to something and not away from something,” she says. “The fact that I have had excellent co-workers and really cool jobs that allow me to do really cool things has made it always a hard decision to leave.”

Since graduating from The Ohio State in 2014, Ellen has worked as a marketing manager for RFD-TV, a project manager for Ohio Corn & Wheat, in member communications for the American Postal Workers Union, and she now serves as the director of internal communications and member engagement for the American Seed Trade Association. She says most of these transitions were made harder because she didn’t stay as long as she wanted to.

Ben says he certainly didn’t expect to make so many changes so quickly either, but they’ve been important to his development.

“Your happiness and your worth go a long way, and making moves is part of having a career,” he says.

Taking Stock of Your Interests

Whitney says it’s common for career transitions to be brought about by life changes that cause us to stop and reflect. As Ben has reflected on his career transitions, he says the main unifying factor in all of his roles was a focus on helping farmers. As his career progressed, that has intensified.

Ellen says she had a similar experience. After a couple or roles, she realized she loved working with associations and in member engagement specifically. As her career has progressed, she also has more clarity about what is important to her when choosing an organization.

“As I go along in my career, I am discovering more and more how important is that I feel strongly about the mission of the organization,” Ellen says.

If you’re struggling to combine your skills and interests into a meaningful career, Whitney suggests writing every skill, interest and idea on a post-it note or document where you can see and sort them until you start to see patterns emerge. She also recommends keeping notes of each experience you have and noting in detail what you liked, what you didn’t and what you learned. While all of this self-reflection will be valuable, don’t stop there.

There are many opportunities, especially for students, to explore different career paths and grow your industry network. One example of these opportunities is the AFA Leader Institute series which takes an in depth look at five different industries – food, policy, crop science, animal science and technology.

As you have different realizations about yourself and desired career path, discussing those insights with a trusted friend or family member can bring additional clarity.

“I have probably five to eight people that I can talk to candidly and have those conversations – to weigh out pros and cons,” Ben says. “That's really important because without those probing questions from somebody else you may not see the whole picture.”

Whitney says she always starts talking through things with family but admits that they are going to be biased because of the ways they will be impacted by decisions.

“Any time that you feel like you can't get an unbiased opinion from somebody who's close to you, hiring a coach can be really helpful, not to give you the decision, but to help you wade through some of the factors,” she says.

If you’re a college student, you probably have access to a career coach right on campus through your career services center. Whitney says you’re probably already paying for their services through your semester fees and you should definitely take advantage of that.

Keeping the Future in Mind

One of the things that a career coach can help you think through is the impact the choices you make now will have in the future as well as what makes sense right now.

She says the first way of thinking leads some students to limit themselves because they make assumptions about their personal life in 5-10 years. The second way of thinking means students might not gain the transferable skills they need to make their desired career transitions.

In the end, she says it’s okay not to know exactly what you want to do, but it is important to make your decisions based on both your current stage of life and where you think you might want to be.

While their career paths might not have looked quite like they expected along the way, Whitney, Ellen and Ben all agreed that each part of their career journeys has been important.

“I don't necessarily look back and say there's something that I would do differently,” Ben says. “I think they're all great experiences, and I think they all prepared me to be where I'm at today.” 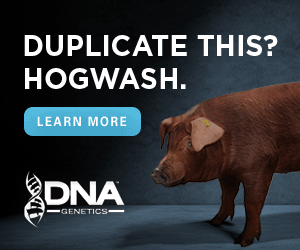