Understanding The "Buzz" In Agriculture

Grab any person on a street corner in a city like Toronto and chances are their knowledge of agriculture is limited.

Cows make milk; crops grow in the dirt, etc.—simple, black and white concepts for people who never grew up on a farm or don’t work in agribusiness. The struggle of consumer education has long been an uphill battle for the agricultural industry. However, when agriculturalists look to themselves for an even deeper understanding of today’smodern agriculture, even the most astute farmer might struggle with identifying some key terms that represent some incredible advancements in the industry

Dating even farther back than Eli Whitney’s invention of the cotton gin, agriculture has and continues to be, forever evolving.With this evolution come some phrases or “buzz words” that are important to acknowledge and understand.

Many agree that the trend for hydroponic farming will only continue upward as resources used in traditional farming become more scarce and expensive. In its simplest form, hydroponic farming is the method of growing crops one of two ways—in a medium (often gravel, sand or rockwool) or in a liquid only nutrient mixture.

Hydroponic farming can either be done inside a climate-controlled environment like a greenhouse, or outside where plants are susceptible to everyday elements. Regardless of the growing condition, hydroponic plants use an average of 90% less water than traditional in-ground systems, because water and nutrients are directly administered to the individual plants without the cause to irrigate and fertilize massive amounts of land.

Once limited to luxury automobiles and NASA, Global Positioning System(GPS) has exploded into the lives of the common, everyday person.

With advances in GPS and the concept of precision agriculture, tractors can now drive themselves in a multitude of capacities including planting, furrowing/cultivating and even harvesting.All a farmer has to do is press a few buttons inside their tractor cabs and sit back while the machines literally drive themselves in sync with their pre-installed electronic maps—producing nearly perfect results done in a fraction of the time.

Even monitoring systems use GPS to highlight areas of a field that need more or less attention from the farmer related to factors such as irrigation, chemical applications and pest problems—again saving time and money by cutting waste. 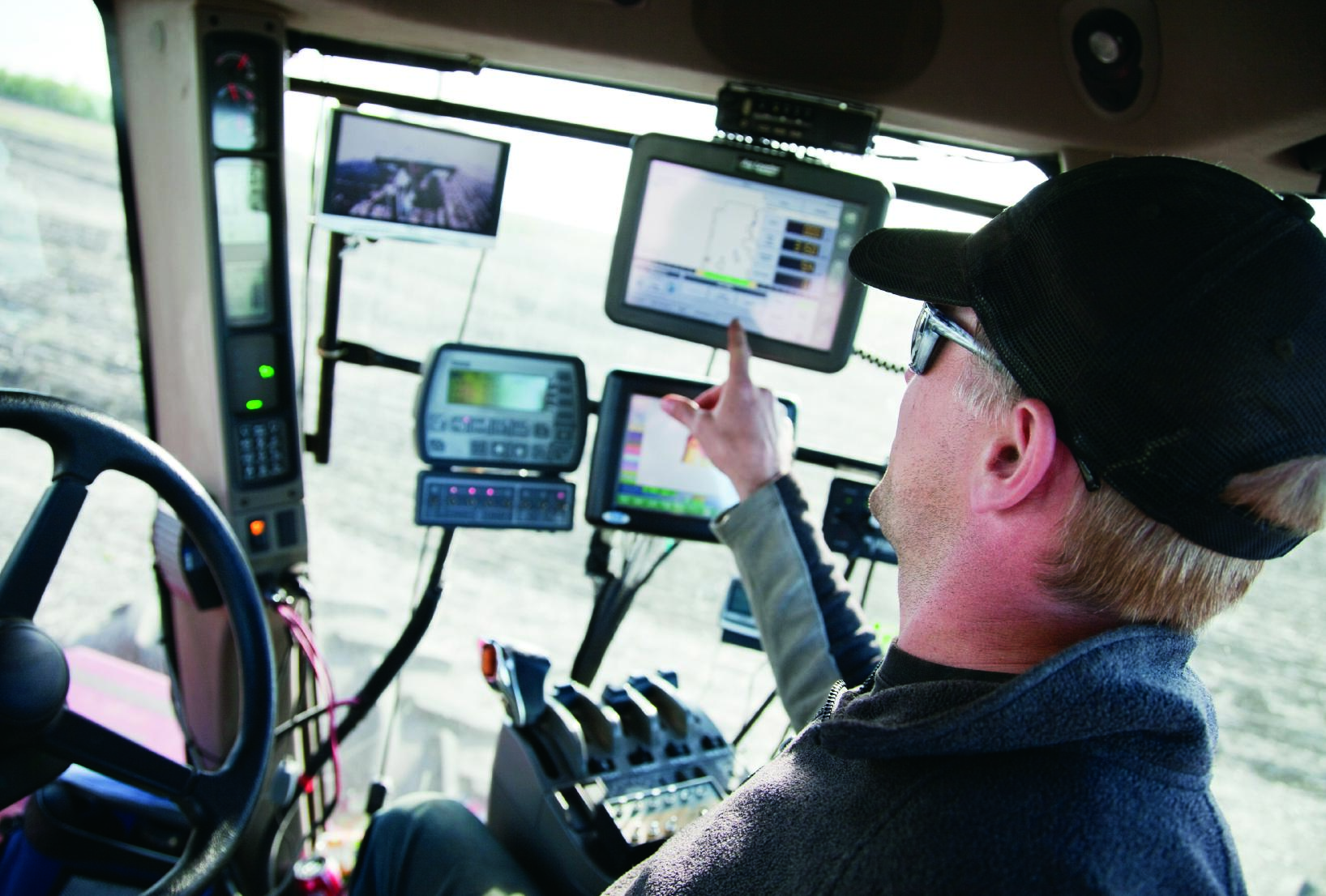 Often farmers joke about knowing their fields better than they know the back of their own hands, but imagine the ability for farmers to see their properties from a perspective like never before.

Through the use of computer software, analytical methods and a whole lot of patience, today’s scientists can actually map out a given area with so much detail that farmers are able to see a three dimensional view of their fields including rises and dips, terrain types and amultitude of items that could completely change their farming dynamics.

Harnessing the power of geospatial analysis gives farmers the upper hand to increase efficiencies in their fields that could never be attained with just the human mind. Through the combination of geospatial analysis and GPS technologies, significant improvements can be made to the farming process resulting in better yields with far less inputs.

While the concept of biofuels has been around since the turn of the 19th century, oil shortage concerns in recent decades have sparked a new interest in these renewable energy sources.

Today most people associate biofuel with ethanol, a fuel source derived from corn, however, the scope of biofuels has progressed to a point that it includes a wide range of fuels that derive from biomass. From sugar cane to vegetable oils, wood chips to animal fats, new supplies of biofuels are being developed and improved every day.

Agriculture has the opportunity to embrace this movement as many crops and crop byproducts can be used in the biofuels creation process while creating an additional stream of revenue for a farming operation. 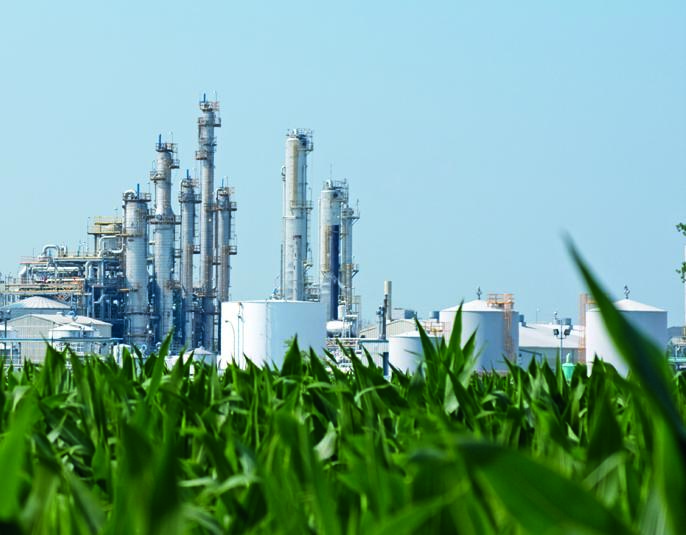 “Going Green” has become a hot topic in society today with concerns stemming from climate change and other environmental impacts that humans have on earth.

Within the green movement exists the idea of sustainable agriculture. Though hard to narrow down to a specific way of farming or production, sustainable agriculture takes from various practices to sustain the economic viability of a farm operation while ensuring that farmers take steps to preserve resources through improved farm efficiencies.

Such practices include, but are not limited to: long-term crop rotations; returns to natural flooding cycles to replenish lost nutrients; low or no-tillage cultivation;modified irrigation systems vs. traditional flood irrigation; natural fertilizers instead of synthetics, and appropriate urban planning which calls for more densely populated city areas in order to preserve more usable farmland.

Integrated agriculture practices stem from the idea of a holistic approach to farming.

Traditionally, farmers have had a monoculture method to production, meaning that they focus on one aspect of production, i.e. growing a crop, without creating a “cycle” within the operation. For a simple example, a farmer who grows corn will do so using external inputs— i.e. purchased fertilizers and other items not produced from the farm.

With an integrated farming approach, that same farmer would invest in a flock of chickens who would produce fertilizer for his corn and in turn, the finished corn product would feed the chickens and so on, therefore creating a cycle environment that makes the farm more sustainable.

While not yet wildly popular and somewhat difficult for larger scale operations, integrated agriculture is showing promising signs of success.

Among the newest phrases in modern agriculture, organic has been a highly talked about and debated topic. In its simplest form, organic agriculture is a systemof producing a crop using standard methods. Since organic farming is labeled and marketed to consumers as organic, its production practices are heavily monitored and regulated as opposed to sustainable or integrated agriculture which, at this time, do not have a standardized process although there are shared concepts among all three.

The use of organic farming methods has historically translated to lower crop yields versus conventional farming. However, given the higher price point of organic products either method of farming produces roughly the same amount of profit margin.

A large deterrent from the transition to organic farming is the certification process which takes, at minimum, three years to complete during which time farmers have to adhere to organic farming practices but are still subject to receiving conventional pricing.

Biotechnology as an industry has boomed during the last 20 years, rarely falling prey to economic downturns.

Fundamentally, biotechnology is the science of modifying living organisms according to human purposes. In agriculture, biotechnology has taken on the term “genetically modified food” and has led the way toward vast improvements in crop production and efficiencies that offer multiple benefits. These benefits include, but not limited to: higher crop yields; drought tolerant plants, increases in nutritional values; improved taste or appearance, and the decreased need for inputs (fertilizers, pesticides).

Though somewhat controversial, through its history with continuing discussions both for and against the technologies, the benefits have so far appeared to outweigh the criticisms. 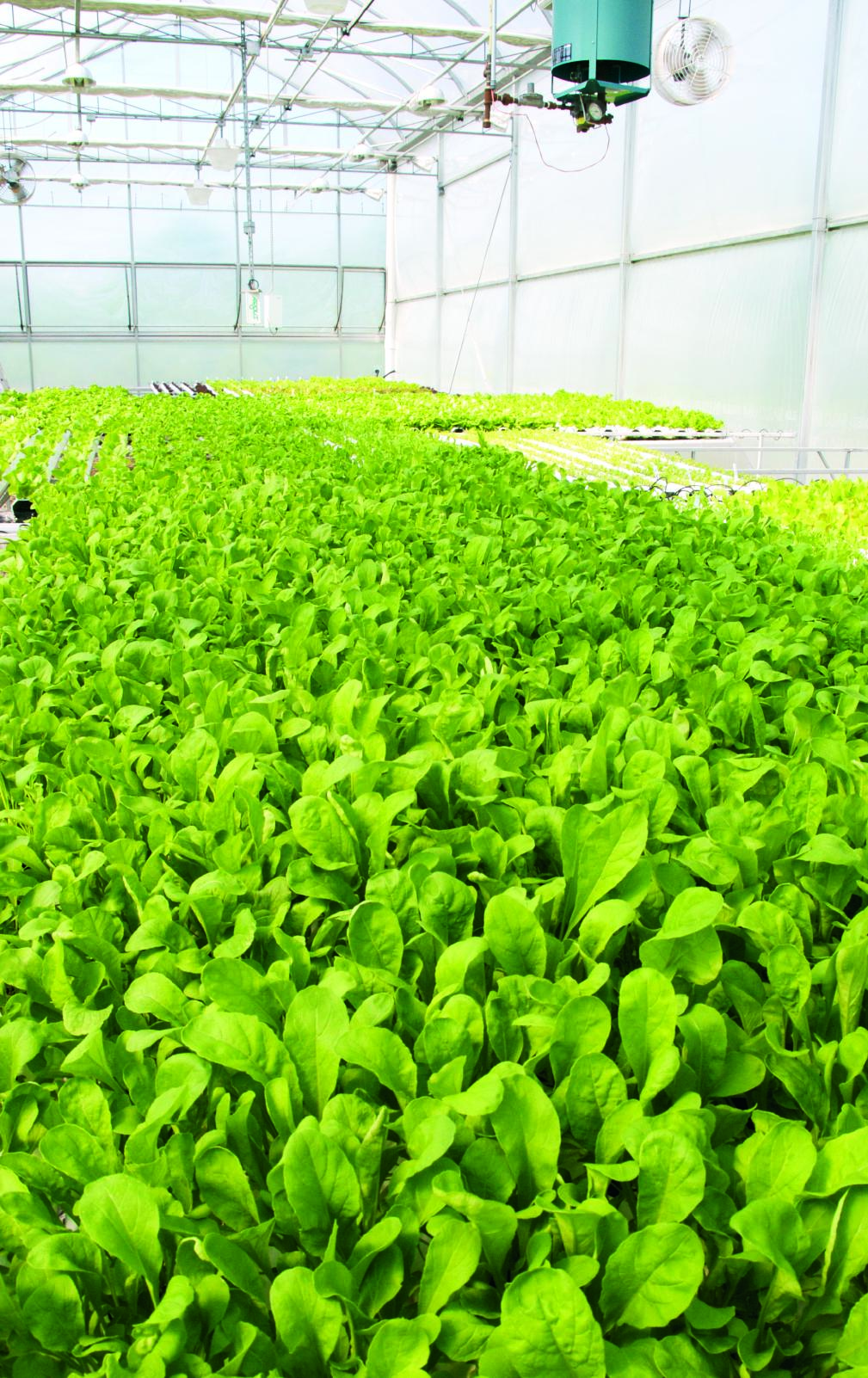 These technological advances bring agriculture to the forefront of providing new, innovative career opportunities for people whomight not otherwise consider a job in agriculture.

With so many avenues of career options, and a better understanding of how those options integrate with the industry, students and job seekers alike can better plan how their skill sets and abilities will put them in a position that is a perfect fit.

The computer engineer is no longer limited to the big tech companies and the chemist isn’t tied down to a research lab—in agriculture, there truly is something for everyone.