Amid economic uncertainty, some agriculture businesses are finding a silver lining.

As America reaches out to grasp hold of new technologies to provide energy independence for the nation, members of the ag industry are also seeking ways to be a part of the green revolution while remaining profitable. And the answers for these technologies can easily be found in a simple history lesson.

Run an internet search on the name “Rudolph Diesel” and one will soon discover that the inventor of the widely popular diesel engine was the original seeker of energy independence. When Diesel patented his engine in 1893, he was spurred by the notion that farmers should be able to grow their own fuel for their machinery and invented an engine that ran on a variety of refined vegetable oils.

However, the turn of the 20th century led to the easy recovery of crude oil and petroleum-based diesel fuel, gasoline’s lesser-refined counterpart, was discovered to be a faster and cheaper alternative. Diesel himself was quoted in 1912 saying that “the use of vegetable oils for engine fuels may seem insignificant today, but such oils may become in the course of time as important as the petroleum and coal tar products of the present time.”

Throughout the better part of seven decades, America thrived on oil production. Jobs in the oil business boomed and average entrepreneurs became millionaires overnight, many thriving even through the Great Depression. Then in the early 1970s, America reached its peak oil production of 10.2million barrels per day (commonly referred to as Hubbert’s Peak) and since that time, domestic oil production has continued to decrease. The diminishing supply combined with increased demand has caused more U.S. dependence on oil-rich nations and as such, an increased price for agricultural inputs.

Today, Diesel’s original idea has come full circle as many agricultural companies seek ways to produce biodiesel, the slang term for fuel that will power a diesel engine but comes from natural, renewable sources. 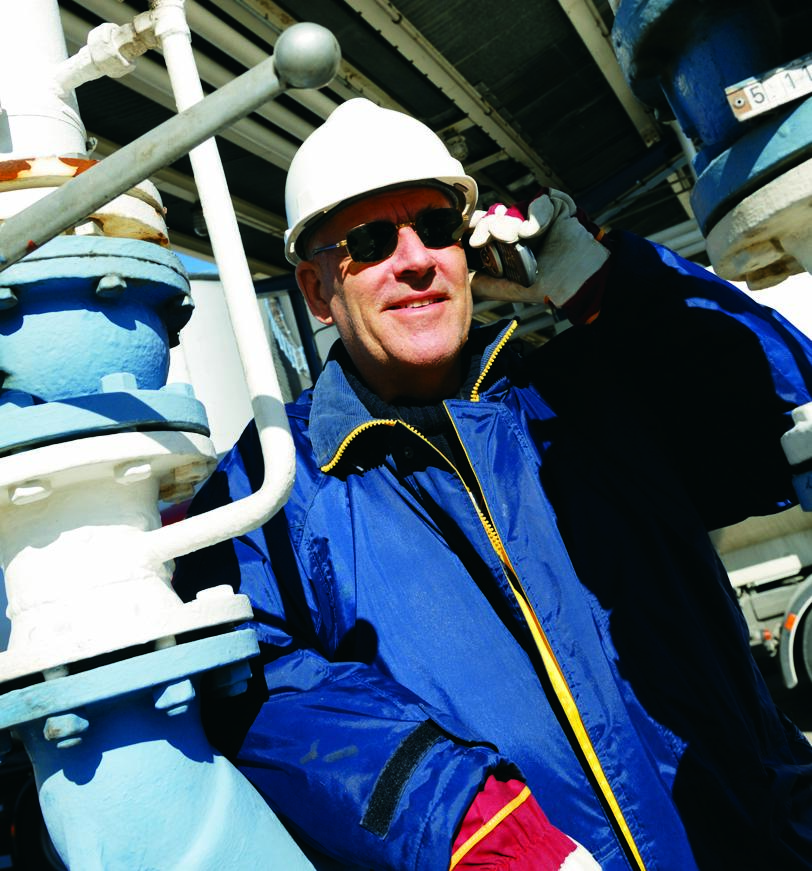 Biomass, defined as the substance that biodiesel is created from, can range from vegetables to wood chips, sugar cane to animal fat—the possibilities are near endless. And many experts believe that with newer, cleaner burning technologies, the number of diesel engines will eventually surpass gasoline engines in the U.S.—as an example, more than half the automobiles currently sold in Europe run on diesel engines.

In response to the call for alternative energy sources, Seaboard Foods, Inc. decided to produce biodiesel from its animal byproducts and in March 2008 opened High Plains Bioenergy in Guymon, OK. The plant uses pork fat and other feedstock such as vegetable oil, to produce clean burning biodiesel.

Seaboard’s President Rod Brenneman says that the opening of the plant allows the production of value-added renewable fuel.

According to Brenneman, the development of the High Plains plants and other plants like it around the country will provide unique job opportunities for the agricultural industry.

“For companies like High Plains Bioenergy, there’s a demand for highly skilled and challenging careers in research and development, chemistry, engineering and quality assurance management,” says Brenneman. “There are alsomany career opportunities in operations, production planning, inventory control as well as the administrative functions such as accounting and information services.”

Brenneman credits a Seaboard Foods employee for coming up with the idea of using pork fat as an alternative fuel source and challenges his employees to generate ideas that include potential sources for alternative energy.

But the road to energy freedom doesn’t stop at biodiesel. Many alternative fuel sources can provide long term benefits to rural America.

Wind farms for instance, are estimated to generate $1.2 billion of revenue and 80,000 new jobs by the year 2020 with continued profits thereafter. One wind turbine takes up only one-quarter acre of land and has the potential to provide $2,000 per year in royalties—a perfect solution for beef cattle farmers with miles of open land.

Additionally, agribusinesses can boost profits by taking advantage of the most inexpensive energy source available—the sun! By upgrading to solar energy technologies and reducing energy costs, companies can put money back into expanding their operations and thus having the need to hire more employees, a win-win situation.

With hard work, determination and a little ingenuity, agriculture and its related industries can lead the way toward energy independence for the next generation and beyond!